The predecessor of Hearts, which was played in the 18th century and was known as Reverse, got its name because the game’s objective was to fail to win specific tricks rather than succeed.

Each player picks three cards from their hand, then deals them face down to the other. Before considering the cards dealt to an opponent, all players must pass their hands.

After the pass, the player who still has the two clubs plays that card to begin the first trick. In a three-player game, the three clubs are led if the two clubs have been eliminated.

A trick is won by the highest card of the suit led. The trick-winning player maintains all of the cards in a single, face-down stack in front of them. The trick winner starts the first trick.

Utilize a score sheet that has a column for each player. Count the Black Maria and the number of hearts each player has taken after each hand. The Black Maria has 13 points, and hearts are worth one point apiece.

A player who successfully shoots the moon—winning all 13 hearts and the Black Maria—can opt to deduct 26 points from their score or contribute 26 points to all other players’ scores.

Hearts are played to a maximum of 100 points; any score may be decided upon before the game, although 50 is a reasonable starting point. The game is over when one participant achieves or surpasses the predetermined score. The winner is the player with the lowest score.

It’s also possible to play Cancellation Hearts and Omnibus Hearts, among other variations of the card game Hearts. 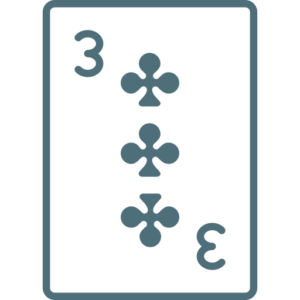